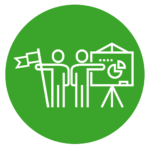 Information about the school

Ysgol Aberconwy is an English-medium 11-18 mixed comprehensive school situated in Conwy. The school has some 910 pupils on roll, including around 150 in the sixth form.

Over recent years, increasing emphasis has been put upon the value of collaboration in spreading effective pedagogy, both within and between schools. Whilst individual members of staff at Ysgol Aberconwy have engaged in collaborative activities over the years, this has tended to be ad hoc, fairly superficial and unrelated to specific professional learning plans. Leaders at the school recognised the need to take a more structured approach and to encourage practitioners across the school to engage in collaborative activities.

Ysgol Aberconwy was the subject of a SPP review focused on the development of a new project-based curriculum for year 7. 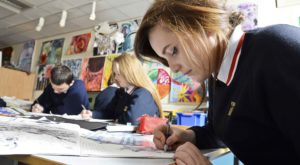 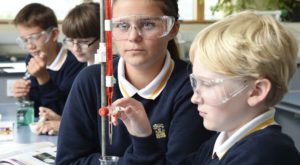 Even before embarking on the SPP, the heads of the schools involved in the cluster enjoyed ‘an open way of working’ with each other. This openness was borne of mutual respect between the heads, a recognition that each school has its strengths and areas for improvement and also, an absence of material competition (for pupils and resources) between the five schools. Heads were eager to extend the kind of professional dialogue they enjoyed across their school hierarchies and the SPP model offered a framework for doing this in a structured and purposeful way.

Senior leaders from each school engaged in training delivered by the EDT and facilitated by GwE: this allowed them to get to grips with the SPP model and its underlying principles and to come to a shared vision of how the model would be used by the cluster. It also equipped them with the knowledge and understanding necessary to promote the SPP model within their schools.

Whilst one school was nominated to ‘coordinate’ SPP activities, it was not seen as a ‘lead school’ which others were expected to follow. Leaders were clear that the SPP would be a joint endeavour for mutual benefit, drawing on horizontal relationships between peers to offer constructive challenge and reciprocal support.

Leaders ensure clarity about the focus/purpose of collaboration

Senior leaders discussed potential areas for review and agreed that Ysgol Aberconwy’s emergent year 7 project-based curriculum was an area worthy of examination. The project-based curriculum represents part of the schools’ response to curriculum reform and is intended to develop pupils’ key skills (literacy, numeracy and digital competency) alongside wider life skills such as creativity, problem solving and collaboration. It involves pupils working on five different projects during the year[1], which combine the content of a number of traditional subjects such as art, performing arts, geography and ICT.

Some 20 members of staff were involved in developing and implementing the project-based curriculum, including an assistant headteacher, a middle leader, five project based learning coordinators, a number of teachers and one teaching assistant.

The head briefed all staff involved in the project-based learning process on the SPP and shared a ‘framework’ document with them outlining the purpose of the model (what it is and what it is not), describing the kinds of behaviours expected of those involved and setting out what the review process would involve.

The head and the assistant head leading on the project-based curriculum also spoke to staff who would be directly affected to ensure that they understood why the review was being undertaken and to promote the exercise as ‘an opportunity to move things forward’. The intention was to ensure the buy-in of those who would be involved in the review process and to challenge ingrained defensiveness among some members of staff, fostered over years of working within a system historically driven by ‘accountability’ and ‘inspection’.

Having said this, however, those involved in the development of the project-based curriculum had worked together for some time prior to the adoption of the SPP approach. Staff already cooperated across departmental divides in a non-hierarchical way, with individuals of various levels of experience leading on and contributing to different aspects of the work[2]. Lessons learned from teaching and learning audits and learning walks undertaken together meant that the staff involved recognised the value of ‘looking at things’ from a fresh perspective. In essence, the SPP approach ‘landed in very fertile territory’.

Leaders encourage collaboration within and beyond the school

The peer review was led by the headteacher of another school and involved practitioners from each of the schools within the cluster in a programme of activities that included lesson observations and discussions with leaders and practitioners at Ysgol Aberconwy.

Following the review, two improvement facilitators (middle leaders from other schools within the cluster) worked with the headteacher and the assistant head leading on the project-based curriculum to plan an afternoon ‘workshop’ for relevant staff at Ysgol Aberconwy. The workshop took the shape of a ‘developmental discussion’ (building upon the findings of the review) to explore how the school could move forward with project-based learning and agree a number of actions to be taken. The actions identified included, for example:

The workshop represented most staff’s first experience of a facilitated discussion exploring how improvements could be made at Ysgol Aberconwy. The facilitators combined the qualities of being credible and impartial: they had experience at the chalkface, they understood how schools work, they were familiar with curriculum reform, and they were from outside the school community. This meant that they were able to challenge staff at Ysgol Aberconwy in an informed way and to draw out issues that might otherwise have been difficult to address. It was argued that because facilitators were ‘from outside and were empowered to do it … they could push things on a bit … things that slowed us down’. In essence, the involvement of facilitators created a sense of the improvement process being ‘quite fast and energised’.

Leaders ensure that lessons learnt from collaboration lead to improvements

The actions identified during the facilitated workshop were fed back to the senior leadership team via the assistant head leading the process, and to the wider body of staff involved both through the post-holder and through the five coordinators.

Some of the actions agreed were put in train almost immediately, but the closure of the school in the face of the COVID-19 pandemic shortly after the workshop meant that things did not progress in quite the way envisaged. That is not to say that actions agreed have not been acted upon, simply that it has been necessary to take things forward in the context of wider changes forced upon the school e.g. a shift to remote learning, an increased use of technology and a reorganisation of the school timetable.

Successive COVID-19 lockdowns since have meant that it has not been possible to reflect in any meaningful sense upon the effects of changes made or to draw lessons that might lead to future improvements. It was, however, recognised that this is an area for attention as the school moves towards more normal times.

All case studies
We use cookies on our website to give you the most relevant experience by remembering your preferences and repeat visits. By clicking “Accept All”, you consent to the use of ALL the cookies. However, you may visit "Cookie Settings" to provide a controlled consent.
Cookie SettingsAccept All
Manage consent