From LA to LA; a blog

From my tiny local authority of Torfaen to the colossus of Los Angeles representing the National Academy for Educational Leadership. The vast difference in scale is staggering and hard to articulate. The City of Angels has an estimated population of 3.9 million. To put that into perspective, the estimated population of Wales is around 3.2 million. That one city in the states could house every single person in Wales with room to spare. 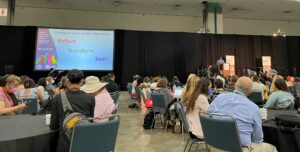 The scale continued to impress. Everything is bigger over there, the streets, the roads, the buildings, their personalities and even their problems. The LA Convention Centre that hosted the 2022 National Community School and Family Engagement Conference continued in the same gargantuan vein. Located in downtown LA in amongst the shiny high-rise buildings, the Convention Centre was a behemoth, hosting the 3500 attendees using just a small portion of its capacity.

The conference was well organised with enough content to keep everybody’s interest piqued for the three days. The energy and enthusiasm of the presenters was both contagious and exhausting. There was almost a festival feel to some of the presentations, with an actual ‘festival’ at the end of day one where we were treated to a block party outside the convention centre. 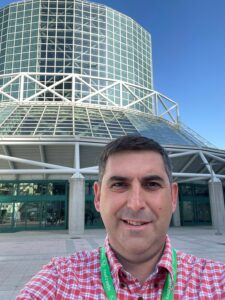 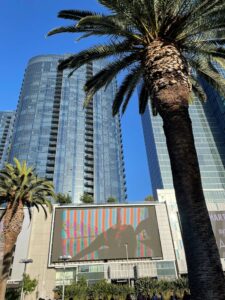 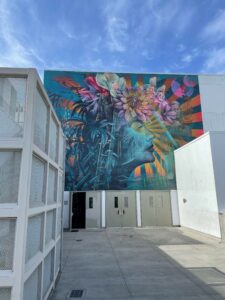 It was fascinating learning from the Americans in how they implement their community school’s model. There was a real emphasis on extended learning through enrichment activities after school, linking with health and social care and a real importance of student voice being at the heart of what they do. It sounded all too familiar to me as Youth Worker; this is exactly what we do daily. We meet young people where they are at, empower them to use their voice and to be heard, link in and broker effective partnerships with other agencies to provide the best services possible for young people and work in and outside of school, providing enrichment activities and bridging the gap between schools and the community.

What the Americans do have which differs from us is a cause to get behind. Simon Sinek in his podcast series ‘A bit of optimism’ regularly highlights that social change and large movements in society tend to happen when people have a common enemy to fight against. In the USA, two enemies were made clearly apparent. The first enemy was racism and the lack of equity. Racism was cited by every presenter as a major issue, and this was affirmed by all attendees who would click their fingers in agreement and consolidation with each other.

The other enemy that faces all schools in the USA is the threat of mass shootings. The conference took place just one week after 19 children and 2 teachers were killed in Uvalde, Texas and was sadly one of 27 already this year. It seems to be a lottery on which school is next!

We got a first-hand view of the crazy gun culture that exists in America. The wonderful Dr JoAnne Ferrara, from New York arranged for us to jump onto a visit to the amazing RFK UCLA Community School. On the way to the school visit from the convention centre our Uber had to take a slight detour as a street a few hundred yards from the school was closed. It was closed as, just minutes before us passing, a Police Officer shot and killed someone in the street, making the California State news. 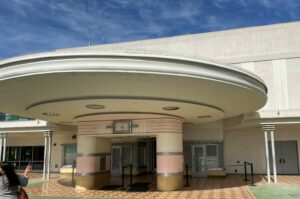 As we arrived at the school campus a lot of the children were being picked up as it was the end of the school day. There was no signs of fear or panic of what had happened a stone throw away from the school. The resilience of the people in LA is on another level.

The UCLA Community School was a highlight of the trip. The campus is home to six different schools, spanning all age ranges with over 4000 students. We were treated to a site tour by one of the high school students who talked with great confidence and passion about his school. The campus is home to the original Ambassador Hotel which hosted the Oscars and more infamously is the site where Robert F Kennedy was assassinated. The original entrance to the hotel is still intact. What was quite touching was Paul Schrade, a friend of RFK who got shot during that assassination, visits the school regularly even at the age of 96. His affiliation with the school and the site has been immortalised with the library being named after him.

The RFK Community Schools campus gave a real insight into how their community school model works in America. They highlighted the extended learning which was evident to the after-school provisions going on and they talked at length about how they use external partners (including junior lawyers) to offer support to the families. It highlighted the importance of bringing people together to create that community and to ensure the children and families can thrive.

It would be amiss of me not to mention the levels of deprivation and poverty that haunts LA. The levels of homelessness and the state these people were in was traumatic and impacted me deeply. The way that the locals seemed de-sensitised to the situation as they literally stepped over rough sleepers in the street. It was de-humanising and tragic and was an experience that will stay with me forever.

At the foundation of the community schools’ model is the fight for equity and the fight against poverty. Although our issues do not compare to that of Los Angeles, the same theme of equity and poverty are threaded through what we are trying to achieve in Wales. This has clearly been outlined by Welsh Government as a priority in the National Mission and Tackling the Impact of Poverty. As a small country, we have some incredible services and organisations that can help school leaders in achieving quality Community Schools. With the right cohesion and direction from our educational leaders, we might well find that a Community School model is not a million miles away.